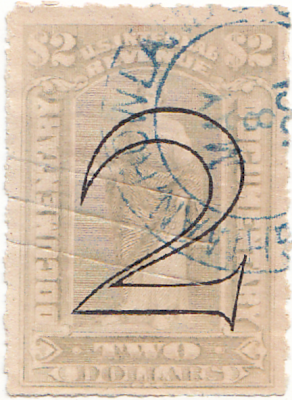 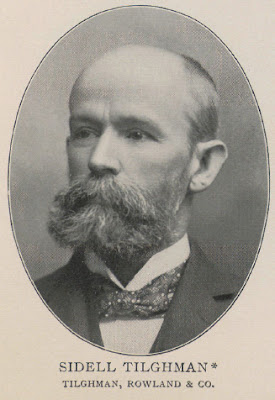 Sidell and Frederick Tilghman were both members of the New York Stock Exchange. 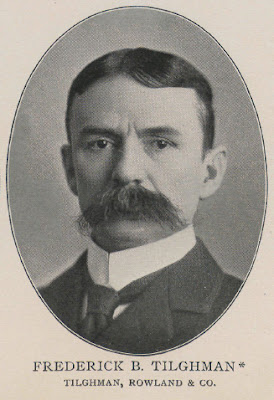 When I was a boy, my maternal grandparents lived in Rayville, Louisiana, in the northeast corner of the state and near the state line of Mississippi.  We would travel from my family's home in New Orleans at least twice a year to visit them.  The journey would take us due north up Interstate 55 through Mississippi, and onto a small state highway that would angle us back toward the Louisiana state line.  We would join Interstate 20 at Vicksburg, the site of a great battle, siege, and key moment in the history of the Civil War.  We would follow I-20 till the exit for Rayville.

On many occasions we would stop at the Vicksburg National Park, an extraordinary site on any Civil War buffs travel itinerary.  The northern (yankee to a Lousianan like me) monuments are massive granite and marble testimonies to the carnage at Vicksburg and the respect that individual states like Ohio and Minnesota had for their dead at the battle.  The poorer southern states built monuments of lesser grandeur out of penury.  But the sweeping effect of the well preserved battlefield and the monuments is stirring.

Thoughts of Vickburg's battlefield came rushing back to me as I conducted research on the cancel for Tilghman, Rowland & Company and the Tilghman brothers Sidell and Frederick.   The Tilghman brothers' father was a Confederate Brigadier General who was killed at Vicksburg.  And his sons built monuments in his honor at the battlefield and in the General's home town in Paducah, Kentucky.  In Vicksburg, they placed one monument at the site where he was killed in battle, and yet another more prominent monument inside the park grounds. 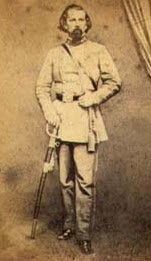 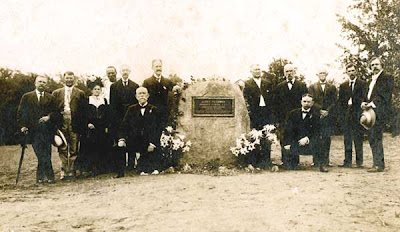 Photo from the Mississippi Department of Archives and History and captured from this website on the Battle of Champion Hill.  This monument was created and placed at the site of General Tilghman's death by Frederick and Sidell Tilghman.  The caption for this photo on the site that this photo is taken from labels the two men kneeling near the stone as Frederick and Sidell Tilghman.  However, the caption reverses their identities, as Sidell is labelled as the one on the right.  If the photos from the King's Views of the New York Stock Exchange are to be believed (these are the photos directly below the stamp cancel above), Sidell is on the left, Frederick on the right.
Posted by John Langlois at 6:00 AM