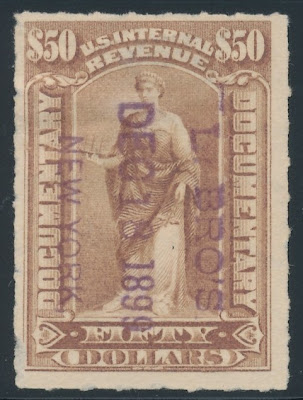 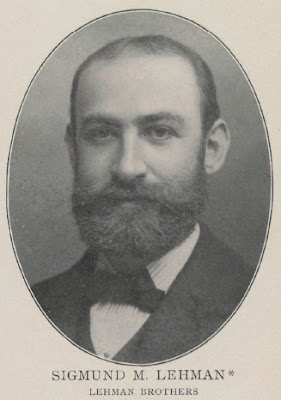 Sigmund Lehman, member of the NYSE in 1897.
The great investment bank Lehman Brothers went bankrupt in the financial crisis of 2008 brought on by investments in collateralized debt obligations based on sub-prime mortgages.  The firm was started in Montgomery, Alabama as a dry goods store.  The brothers eventually found themselves dealing in cotton.  The Lehman Brothers interest in cotton would see them opening an office in New York, where the firm would work to set up the New York Cotton Exchange.  By the early 20th century the firm would begin to structure IPO's, and helped launch some of America's greatest companies.  Those companies included Sears, Woolworths, and B. F. Goodrich.
Posted by John Langlois at 6:00 AM