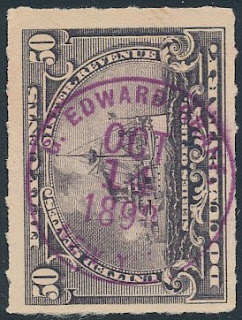 There was gloom in Willoughby Street, Brooklyn, yesterday over the failure of the stock brokerage firm of G. Edward Graff & Co.,  of which ex-Fire Chief Thomas F. Nevins of Brooklyn is a member.  Mr. Nevins is a close friend of Hugh McLaughlin and other Democratic leaders of Kings County, and his firm acted as brokers for the speculating politicians of Willoughby Street.  A number of the local leaders are known to be affected by the failure of the firm, but to what extent none will say.

Among the political friends of Mr. Nevins who are said to have had business relations with him are James Shevlin, Senator McCarren, ex-Senator John McCarty, ex-Congressman Clancy, ex-Sheriff Frank D. Creamer, and Hugh McLaughlin.

Mr Nevins declined to give the names of the principal losers or to say who the men were who caused the assignment.

The Brooklyn office of the firm at 170 Montague Street was closed yesterday morning.  A notice was posted on the door directing callers to go to the office at 66 Broadway, Manhattan, and see the assignee, Robert T. Varnum.

A crowd of anxious speculators filled the Manhattan office of the firm all day.  Each claimant was directed by the assignee to make a written demand for his stock.  Ex-Sheriff Frank D. Creamer of Brooklyn was among thsoe who visited the office.  He was accompanied by his counsel, Charles Hyde.  It was reported that he demanded from the man in charge of the office 1,000 shares of People's Gas stock, claiming the firm held $10,000 of his money as margins on the stock and offering $100,000 cash on the spot in payment for the stock.  The man in charge, it was said, declared he know nothing about the stock and refused to take Mr. Creamer's money.  According to the report, Mr. Creamer then threatened to have the "whole crowd" arrested.
Mr. Creamer, when seen yesterday afternoon in the Real Estate Exchange, on Montague Street, Brooklyn, denied he had made any threat of arrest a the office of Graff & Co.
"All there is to it," said he, " is that I made a demand for my stock an didn't get it.  I did not make threats in regard to arrest.
Mr. Varnum said that both members of the firm had made indvidual assignments, and he had been informed that Mr. Nevins alone is quite able to make up the difference between assets and liabilities.
As official of the Consolidated Exchange stated yesterday that Graff & Co. had no outstanding contracts on the floor at the time of their assignment.
Posted by John Langlois at 6:01 AM