The 1898 revenue series consists of a small group of stamps compared to those in use for the civil war.  Yet the series has given revenue collectors some of the field's greatest rarities.  Siegel is conducting part 6 of its sale of the Scarsdale collection, and this sale contains the prime Scott listed rarities of the 1898 series, including the gem, R158B, the Daprix overprint on the 1c Trans-Mississippi postage stamp. 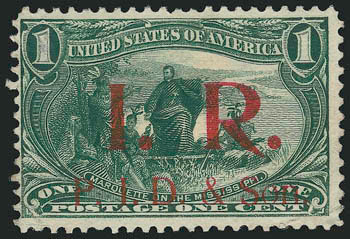 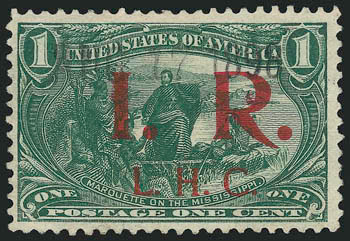 Scott R158a
I. R.
L. H. C.
AUG 17 1898 handstamp
Listed for $11,500
from Siegel:  VERY FINE APPEARANCE. A RARE EXAMPLE OF THE ONE-CENT CHAPMAN OVERPRINT. ONLY SEVENTEEN COPIES ARE RECORDED IN TOTAL. ONE OF THE GREATEST REVENUE RARITIES.
According to Scott Catalogue, the 1c Trans-Mississippi was overprinted by the Purvis Printing Company with federal government approval. They were ordered by L. H. Chapman of the Chapman Steamboat Line, which operated freight-carrying steamboats along the Erie Canal. Only 250 stamps were produced, additionally, 250 were printed reading "I.R./P.I.D. & Son", for P.I. Daprix & Son, which served different ports along the same waterway. 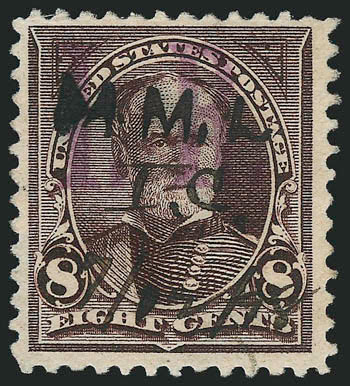 Scott R156
Siegel Lot 96
Cancelled:
I. R.
handstamp
M. M. L.
I. C.
7/12/98
manusript
listed for $5,750
from Siegel:  A large quantity of 1c and 2c stamps were printed with an "I.R." overprint (Scott R153, R154, R155 and R155A). Additionally, small quantities were produced in the 8c, 10c and 15c denominations. These issues mark the first time that the United States had to resort to surcharging. According to Sloane's Column (Jul. 31, 1948), the Michigan Mutual Life Insurance Co. handstamped copies of the 8c, 10c and 15c regular issues over a period of five days in July 1898. Sloane states these provisional revenues were brought to the philatelic market by J. E. Scott, a collector and employee of the company. J. E. Scott reported that the company used 41 copies of the 8c, 66 of the 10c and 28 of the 15c. The Scott Retail values support this relative mix of supply. 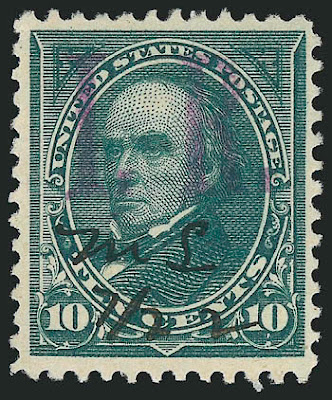 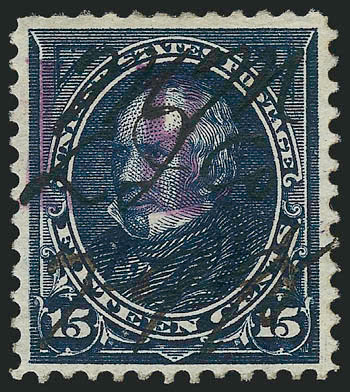 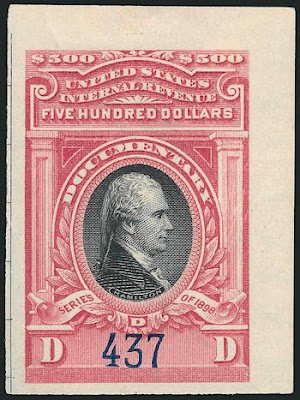 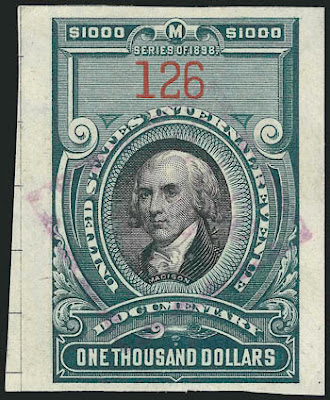 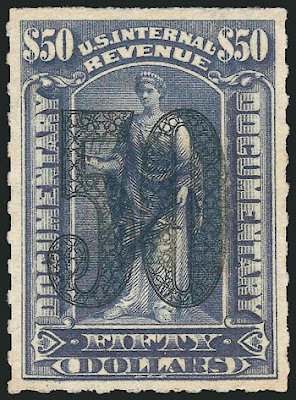