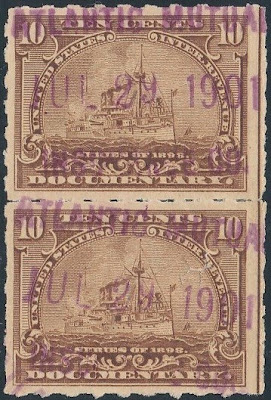 ATLANTIC  MUTUAL
JUL  29  1901
INSURANCE.
Founded in New York as the Atlantic Insurance Company in 1838, the company would become a "mutual" insurance firm in 1842.  By the 1850s the company was the largest marine and general insurance firm in North America.
The company was the only marine insurer in New York for generations, and consequently is associated with some very famous shipwrecks, including:
Today the firm is located at 100 Wall Street and specializes in personal property/casualty insurance for wealthy individuals with high-value assets to protect. 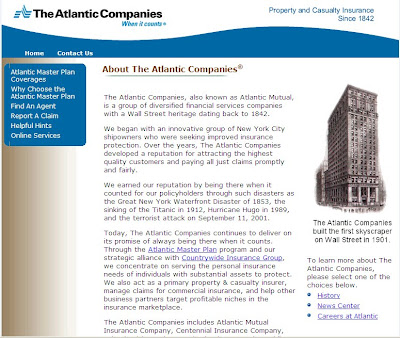 Screen capture from current Atlantic Companies site that you can find here.
Posted by John Langlois at 12:01 AM