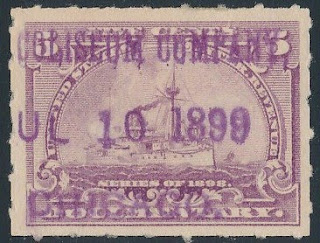 COLISEUM COMPANY,
JUL   10   1899
CHICAGO.
Cancel by the Chicago Coliseum Company during the first year of the Coliseum's operation 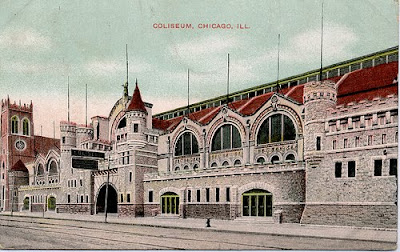 Postcard of the Chicago Coliseum
Located at 1513 South Wabash in Chicago, the Coliseum operated from 1899 to 1982, and until the Chicago Stadium was opened in the late 1920s, the Coliseum was Chicago's most important large convention hall.
The building hosted every Republican National Committee convention from 1904 to 1920, and Teddy Roosevelt's Bull Moose Party convention in 1912.  The building was for a brief period the home of the Chicago Blackhawks.  The promoter Leo Seltzer invented roller derby to help fill seats in the Coliseum.  And it was the home to an NBA franchise known as the Chicago Zephyrs, which moved after its first year  in 1962 to Baltimore to become the Bullets.  The franchise is now known as the Washington Wizards.
The Coliseum was demolished in 1983 when I was a sophomore at Northwestern University. 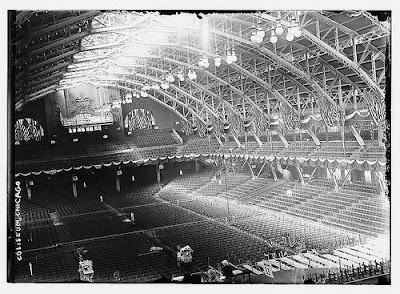 Photo of the interior of the Coliseum during preparations for the 1912 Republican National Convention held June 18-22.
Posted by John Langlois at 12:10 AM