On Beyond Holcombe: Malena Company 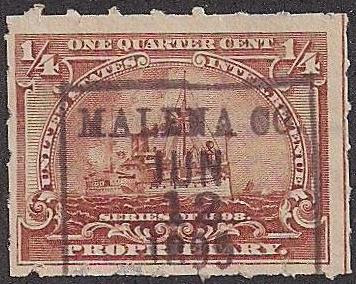 
The Malena Company was the brainchild of Chauncey F. York. During the Spanish-American War, it was located in Warriors Mark, PA, a town in central western Pennsylvania. In 1910, York opened a spacious new factory in Detroit, MI and moved his whole operation there. The local Huntingdon County Pennsylvania paper, fondly recalling the history of Warriors Mark a hundred years later, noted that York “became a millionaire” only after he moved the operation to Detroit. 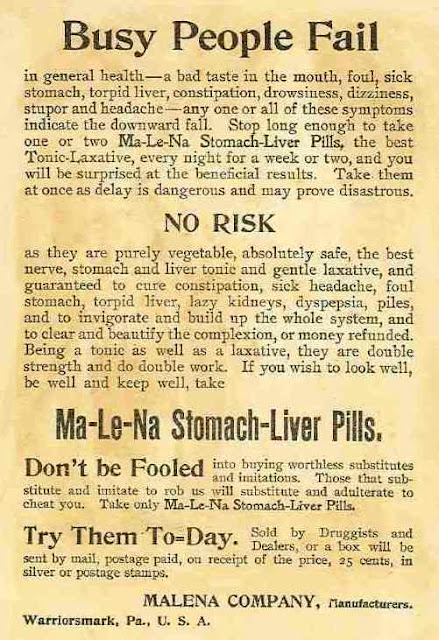 York was born in New York City in March, 1850. In 1876, he graduated from Penn State located in State College, PA, and by 1880 had settled with his wife and infant son, Henry, born in 1879, in Warriors Mark, not far from Penn State. The Malena Company manufactured the basic compound Malena, meant to be used either as an ointment or salve, and later added Malena Liver Pills, Pills, Worm and Blood Tablets, as well as Gu-Ma Gum - “the best chew for a cent.” The pitch for the Liver Pills, a laxative, was stark and straight forward: “Constipation leads to death. Use Malena Liver Pills and don’t die.” Trade card: front, above; reverse, below 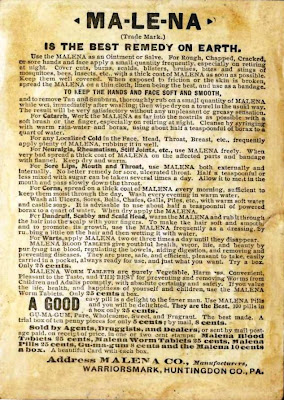 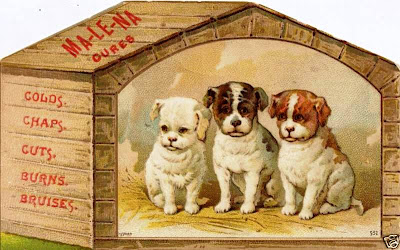 Trade card front and back 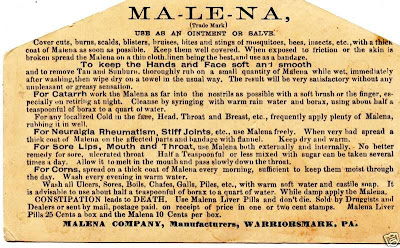 From its factory in Warriors Mark, as well as the “medicines” themselves, the company poured forth scads and scads of colorful trade cards in a great variety of designs ranging across the gamut of traditional Victorian subjects, such as cheerful, chubby, dewy-cheeked children, cuddly kittens and puppies, landscapes, flowers, birds and assorted combinations of the foregoing. On the back of each trade card, the products were relentlessly touted. Malena, itself was advertised to remedy catarrh, neuralgia, rheumatism, stiff joints, rough or chapped skin, cuts, burns, scalds, blister, bruises, bites, stings, sore lips, mouth and throat, corns, dandruff, and warts. The idea seemed to be to persuade people to apply as much of the compound as possible at every moment. The graver the illness, the more product ought to be applied. The company also issued short story booklets, precursors of the comic books of a later age, with product plugs and testimonials woven in among the pages of the story.

Son Henry followed in his father’s footsteps and graduated from Penn State in 1900. He received his M.D. from the College of Physicians and Surgeons in New York City in 1904, and opened a medical practice in Warriors Mark, where he married in 1906 and began his family. Father Chauncey soon moved on from central Pennsylvania. By 1908, he had relocated to Detroit and had a new, younger wife. In the 1910 Census, he reported an infant son with his new wife. He soon acquired an estate, which he named Malena Park, in central Michigan near Clark Lake in Columbia, MI. Henry moved to Detroit in 1910 and became the manager of the relocated company. In the 1914 edition of the local Who’s Who, Henry, now called Harry, listed himself as a Democrat and a Methodist. He was a member of the Detroit Chamber of Commerce and a Mason. His hobbies were hunting and fishing. 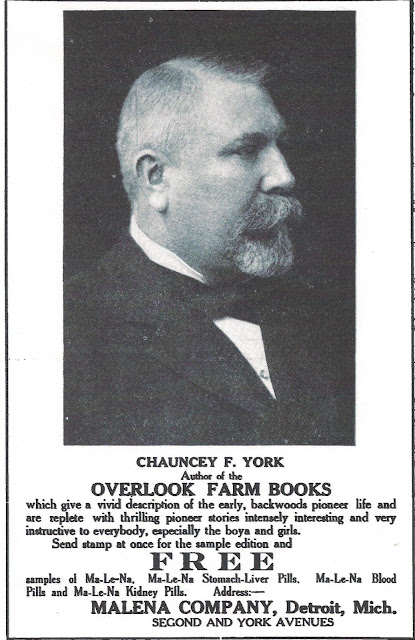 In 1915, Chauncey launched a new career. He became an author, publishing a book of stories called the Overlook Farm Books, which he stated “give a vivid description of the early, backwoods pioneer life and are replete with thrilling pioneer stories intensely interesting and instructive to everyone, especially the boys and girls.” A random excerpt from the book reads as follows:

“The landlord replied, ‘Over there sits your man,’ pointing toward me. ‘He is not a regular guide, but knows the north woods and has as much horse sense as anyone else around here, I reckon.’ “He engaged me at once. We were over three weeks on our way up from Augusta to the place known to the old settlers as PEG CABIN ‘Peg Town.’ As soon as Mr. Lee (that was the name of the young man) saw the amazing beauty of the surrounding country lie said, ‘Here is the place I will pitch my tent for the balance of the summer.’

If you mailed in a stamp, you could receive not only a sample copy of the book, but also free samples of the Malena line of products. In 1925, Chauncey sold his Michigan estate to the local township to use as a park, and retired to Florida. He died in Tarpon Springs, Fl in 1928. Malena continued to be advertised until the end of the 1920s, and disappeared during the Depression. Harry York seems not to have returned to medicine. A last random record closes present internet knowledge of his whereabouts. In 1942, a registration card which he filed in connection with the 4th Michigan Draft for World War II, covering men “born on or after April 28, 1877 and on or before February 16, 1897," listed him as living in Detroit and employed by Rose Jewelers in Grand River, MI. Today, Malena’s principal legacy seems to lie in all of the foderol generated to sell it. 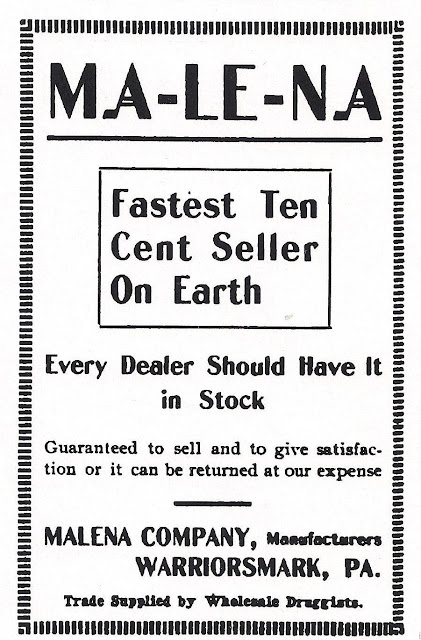 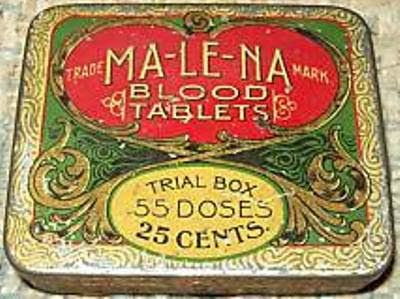