The Detroit, Bay City & Alpena RR was a short line that operated from Bay City, Michigan to the Lake Huron port of Alpena.  The railroad was reorganized into the Detroit & Mackinac in 1894, yet clearly the D&M ran the railroad with its original name as it was using cancels with the DBC&A name in 1899.


The logo of the Detroit & Mackinac, the successor the Detroit, Bay City & Alpena 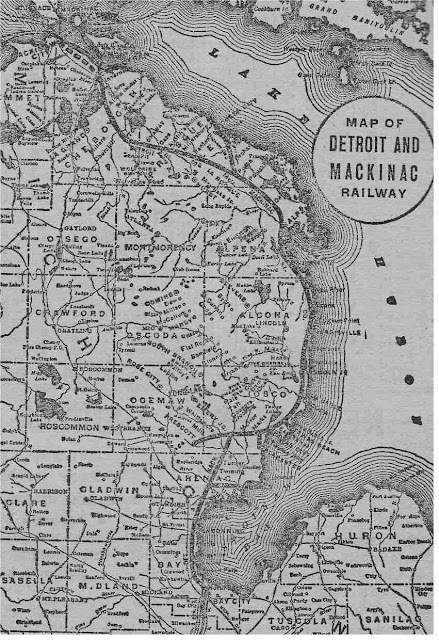