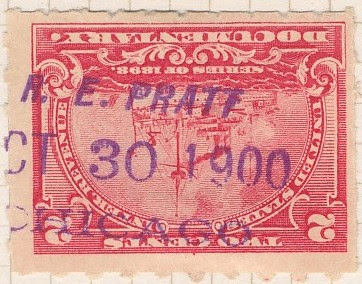 From the book Past and Present of the City of Decatur and Macon County Georgia, 1903:


On the expiration of that period [Frank Pratt, the brother of Ralph Pratt] returned to Decatur and entered into partnership with his brother Ralph E. Pratt in the grain business. In 1888 they opened a branch establishment in Chicago and in 1890 another in Buffalo, New York. Riley E. Pratt took charge of the last named. From the time of his return to Decatur Frank M. Pratt's success in business has been uniformly rapid and the enterprises of which he is at the head have assumed mammoth proportions.

In 1890 he built the transfer elevator at Decatur, and four years later, in connection with his brother Ralph E. Pratt built a large mill for the manufacture of hominy and cereals, the latter business being consolidated in 1902 with about fourteen different concerns of the middle west engaged in the manufacture of cereals throughout Ohio, Indiana and Tllinois, under the name of the American Hominy Company, of which Ralph E. Pratt is vice president. Their headquarters are in Chicago and the business is capitalized for three million five hundred thousand dollars.

Upon the consolidation of these mills Frank Pratt formed the Pratt Cereal Oil Company, with a capital stock of six hundred thousand dollars, the principal stockholders being himself and brother Ralph E., and they built a large mill for the extraction of corn oil, it having a capacity of six hundred thousand pounds of ground corn and capable of producing sixty thousand pounds of oil per day. The ground corn is taken from the hominy mill and is that part which for a time was looked upon as refuse and regarded as of no value except for feed, but at the present time it is utilized, bringing a good profit.

The oil mill was put in full operation in September, 1903, and has become one of the most important industries of central Illinois and of the western states. The Pratt plant of the American Hominy Company is noted in milling circles as an example of cleanliness, of purity of products and the general excellence of its manufactures. It is equipped with the latest and best improved machinery, having several special features, including steel tanks for storage purposes and immense elevators.
Posted by John Langlois at 6:00 AM