Mr. Chapin passed away in 1901. He had been a member of the NYSE since 1869 and was one of its oldest members at the start of the 1898 tax period.  During his early career he handled accounts for Jay Gould when in partnership with Charles Osborn.  He was an avid art collector. 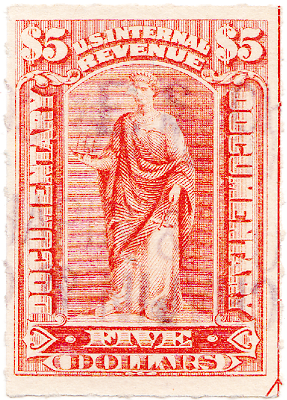 David Thompson scans & highlight.  The cancels are obscure and faint but the highlight below clearly shows the Chapin name. 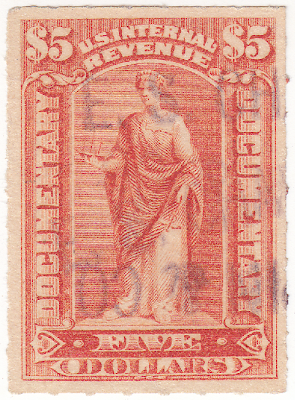 Notice of the sale of auction of art from Mr. Chapin's collection