Albert Loeb was the senior partner in his brokerage firm.  He died in 1902 when he was 42 years old. 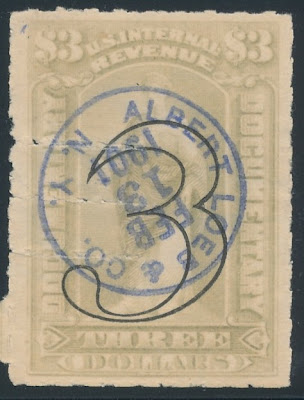 Albert Loeb, senior partner in the banking firm of Albert Loeb & Co. of 32 Broadway and 7 East Forty Second Street, living at 123 West Seventy First Street, died suddenly yesterday morning of apoplexy.   Mr. Loeb, with several members of his family, had been to Hot Springs for some little time past, and he returned to New York Friday, Mrs. Loeb remaining in the West.  Mr. Loeb suffered a shock Saturday evening, from which he did not rally, and died at 7:30 yesterday morning.

He was born in Cincinnati forty two years ago, and after receiving his early education there, entered the employ of a merchant house.  Coming to New York a few years later he obtained a position with Kuhn, Loeb & Co., later becoming a member of the firm Gernsheim & Co.  In 1893 Mr. Loeb went into business for himself under the firm name of Albert Loeb & Co. The other partners were Louis F. Josephthal and Louis F. Rothschild.

Mr. Loeb was a member of the Stock Exchange and a Director of the St. Louis and Southwestern Railroad.  He leaves a wife and three sons.
Posted by John Langlois at 8:32 PM