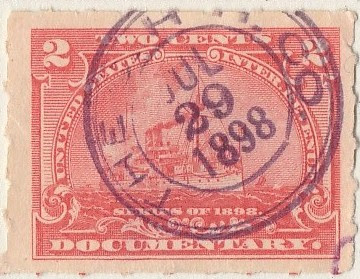 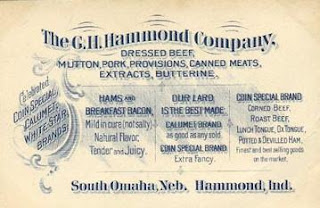 In 1868, George Hammond was living in Detroit and working with Marcus Towle. Mr. Towle was the first to use chipped ice from the Great Lakes to ship frozen processed beef by rail to Boston. He pioneered the concept of refrigerated rail cars which enabled packing plants to expand their markets to customers thousands of miles away. George Hammond thought this was a great idea. Together, they moved to northwest Indiana where they established the G.H. Hammond Company, a meat packing plant. Along with other area investors, George Hammond, Marcus Towle and Caleb Ives, founded the company in 1869. On April 11, 1873, the city was incorporated at the State House and named Hammond, Indiana, after George H. Hammond. Local stories have it that Mr. Hammond and Mr. Hohman flipped a coin to see who would have the honor of having the city named after him. The loser, it was reported, would get the main street name. Mr. Hammond won the coin toss.
Posted by John Langlois at 9:00 AM