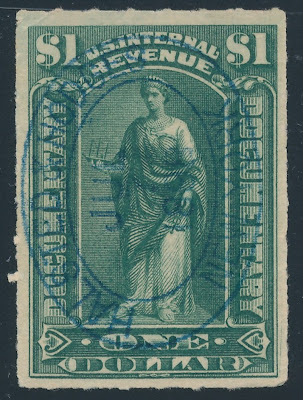 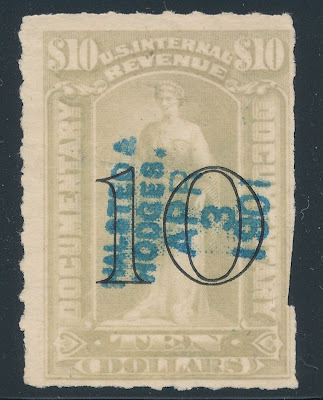 HALSTED &
HODGES.
APR
3
1901
Halsted and Hodges was a brokerage firm located at 14 Wall Street in New York City.  Amory G. Hodges was the senior partner.
From The Historical Register, A Biographical Record of the Men of Our Time Who Have Contributed to the Making of America,  by Edwin Charles Hill, 1919:
Amory Glazier Hodges was born in Roxbury, Mass., December 19th, 1852, son of Almon Danforth and Jane Hudson (Glazier) Hodges.  He was graduated from Harvard in the class of 1874.  He was connected with the Washington National Bank of Boston for two years, then a stock broker in Boston for three years.  he came to New York in 1881 and engaged in the stock brokerage business.
Mr. Hodges was the senior member of Amory G. Hodges & Co., bankers and brokers, and transferred his Stock Exchange membership to his son in the fall of 1916.  He had long been a member of the firm Halsted & Hodges, bankers and brokers.
He was a director and vice president of Distillers Securities Corporation.  Mr. Hodges was a member of the Union, University, New York Yacht, Automobile of America, National Golf Links, Brook, City Midday, Garden City Golf, Racquet and Tennis, Harvard and Broad Clubs of New York City; the Rockaway Hunt of Long Island and the Somerset and Harvard of Boston.  He was President of the Harvard Club of New York, trustee and member of the Executive Committee of the Neurological Institute, chairman of the Committee on Nominations of the Overseers of Harvard College, and a member of the executive committee of the Harvard Alumni Association.
He married January 30th, 1883, Alice Woodward, daughter of Hilty D. Woodward, and had four children, Amory, Edward Carroll, John King, and Marion Hodges.  Mr. Hodges died March 8, 1917.  He was a gentleman of culture and a public spirited citizen.
Posted by John Langlois at 6:00 AM