Multiples of the orange and gray half cent documentaries. This orange block of four has rather poor centering, but it is what I have. The gray is very fine though. 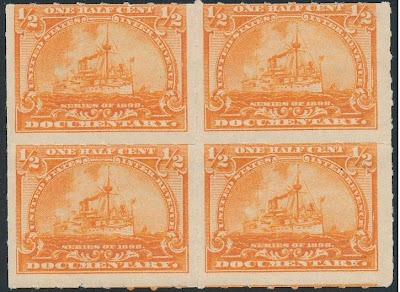 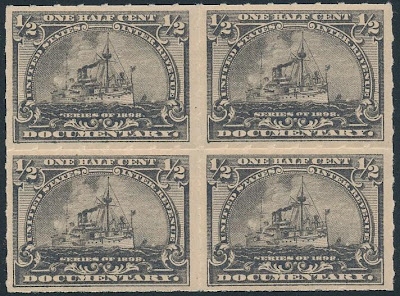 Plate blocks of the battleship stamps are somewhat scarce. Plate material from the first, second and third revenue series was not regularly preserved or collected and such blocks are not priced in Scott.
Scott also does not price battleship plate blocks, though there is much more battleship plate material out there for the collector, whether plate number singles, blocks like the block below, or blocks that include the Bureau of Engraving and Printing imprint. 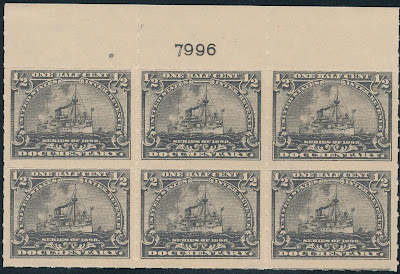 Posted by John Langlois at 4:47 PM