Examples of part roulettes. The one cent documentary part roulettes are fairly common and consequently cheap. In both the pair and block of four, as with all the part roulettes, the lack of rouletting runs horizontally. 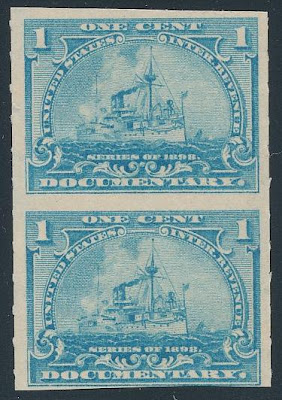 A part rouletted pair of the one cent documentary. 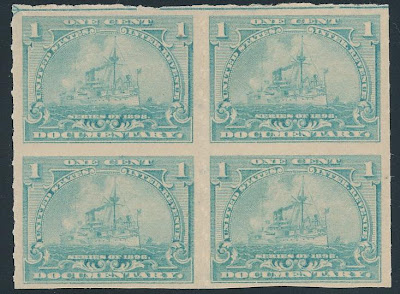 A part rouletted block of four of the once cent documentary. Arrow and guideline runs across the top of the block.
Posted by John Langlois at 3:32 PM