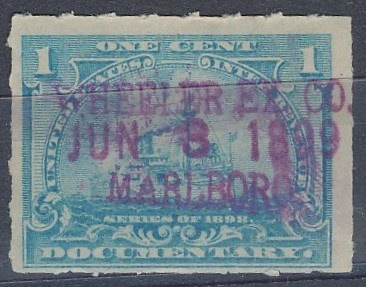 Wheeler Express appears to have run between Marlborough and Boston, Massachusetts.

From 1901 through 1903 the mayor of Marlborough Mass. was Walter Morse. Mr. Morse was the owner of the Wheeler Express Company. Mayor Morse formed a City Hall Commission to plan and build a new City Hall after the original City Hall burned down on Christmas night, 1902. He also obtained a cash gift from the Andrew Carnegie fortune for construction of the town's public library.

Posted by John Langlois at 7:23 PM