The 1898 act that authorized this series of tax stamps resulted in the printing of 9 values of documentary stamps, exclusive of the 4o and 80 cent values by July 1, 1898, the first day the taxes went into effect. The 80 cent and 40 cent values were added to the series in October 1898, mostly for use on insurance policies. Whatever they were used for, they are the scarcest values of the series, especially the hyphen hole versions of the stamps. Less then three million copies of the 80 cent stamp were printed, including both roulette and hyphen hole versions. 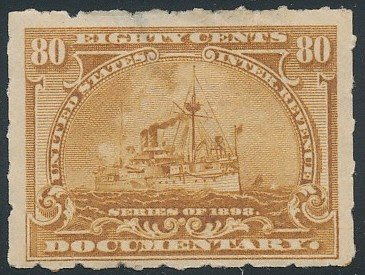 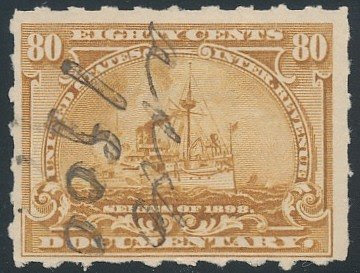 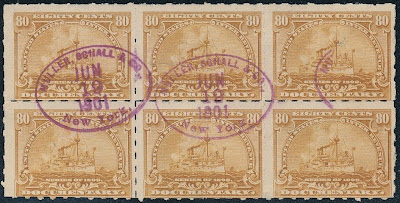