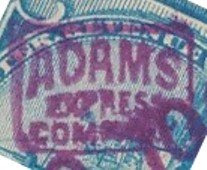 Child messengers, Norfolk, Virginia in 1911. Photograph in the public demain. In four of the five cancels shown below the Adams Express herald or logo is identical to that shown in the picture above.

Adams Express was one of the largest express companies in the United States at the time of the issue of these stamps. The company continues to exist today as a close-ended equity fund and trades on the NYSE.

I am still learning about this company, but it appears that Mr. Adams turned his substantial positive cash-flow into major equity positions and eventually the company became less of an express than an equity holding firm. In 1910 it was the second largest stockholder in the Pennsylvania Railroad and it held a substantial position in American Express. 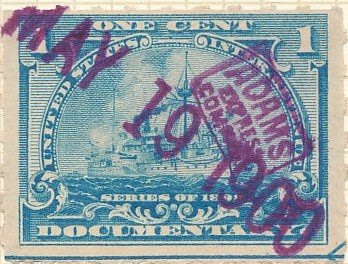 Right arrow and guideline at bottom of this stamp. I should have waited 5 days and posted this stamp on May 19. 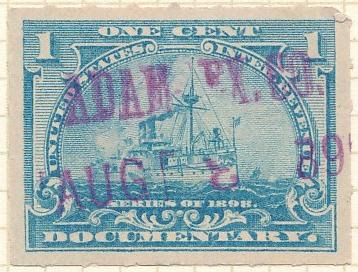 I am not completely sure about this cancel. It reads "Adam Ex. Co." and there is sufficient space to accomodate the missing S after Adam; nevertheless it does not say Adams. Also, all the other cancels here use the Adams Express Company logo as their cancel. This is a simple straight line. The other cancels, even with missing letters, would not doubt be those of Adams Ex. due to their design. 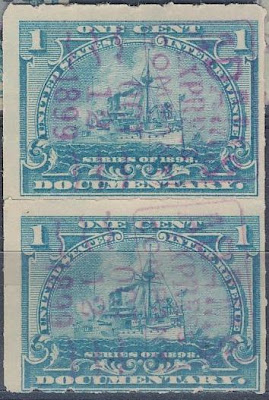 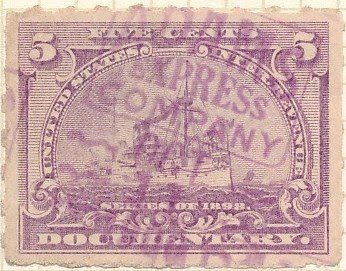