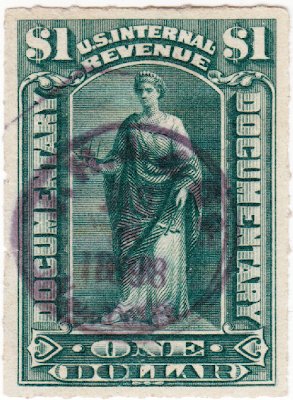 Jacquelin's collection of photos of past presidents of the New York Stock Exchange were used by Moses King in his 1897 book.

Other John H. Jacquelin & Co. partners with seat on the NYSE:
John H. Jacquelin & Company could be generous.  The November 14, 1916 edition of The New York Times shared this great story:
TELEPHONE CLERK TO GET 'CHANGE SEAT
Employers Will Reward John Ahearn, in Their Service for Fifteen Years,
PRECEDENT IS SHATTERED
Jacquelin & Co. Are Latest Wall Street Firm to Bestow a Membership as a Gift.
A second uniformed employee of the Stock Exchange is to be advanced to full membership on the board as soon as John H. Jacqelin & co., 52 Broadway, have completed arrangements for the purchase of a seat for John Ahearn.  Ahearn has been chief telephone clerk on the Exchange for the Jacquelin firm for fifteen years.  Last week Underhill & Gilmor bought a seat for Philip Miller, sergeant of the messenger boys on the floor.
These promotions of employees to membership on the Exchange caused considerable comment in the Street yesterday.  In the past the Stock Exchange, with its membership limited to 1,100 men, has been considered a rather exclusive club, but the signs point toward a distinct change in this respect.  The break from precedent came first last Spring, when S. S. Schuyler of Schuyler, Chadwick & Burnham bought a seat for one of the firm's office force as a reward for long and skillful service.
One reason ascribed for the promotion of Stock Exchange employees is the heavy business done in securities these days.  Messengers and telephone clerks of long experience are qualified to step right into the crowds on the floor and hold up their end.  They become distinct assets to their firms without a period of "breaking in."
John H. Jacquelin & Company are one of the big five odd-lot houses, the details of whose business on the Exchange have expanded largely since the period of million-share days began.  The firm already has six floor members, and like other odd-lot firms, has been forced to unusual exertions to execute its orders.
Posted by John Langlois at 6:00 AM