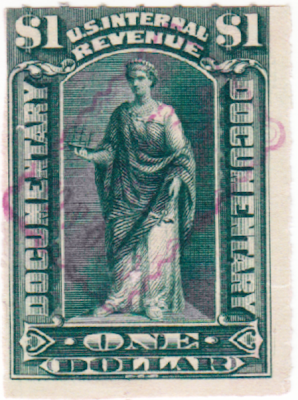 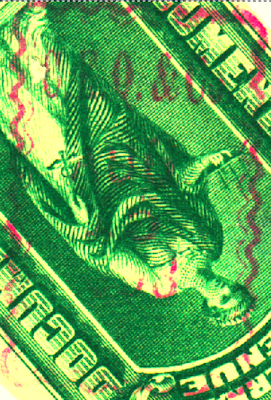 Mr. Quincey got himself in a bit of a scrape in 1880 with a broker named Harvey Kennedy, and The New York Times took both successful men to task in the story below.  As Mr. Quincey was still practicing as a broker in 1898, it is clear that the kick administered by Mr. Kennedy wasn't fatal.

ALL ABOUT A KICK.
ONE WALL-STREET BROKER SUES ANOTHER FOR PERSONAL DAMAGES.
Harvey Kennedy and Charles E. Quincey are Wall Street brokers.  Kennedy is a big man and Quincey a little one.  They had some business together in August, 1880, which led to a dispute between them.  Quincey called at Kennedy's office one day, and a controversy arose between them, which was terminated by a kick administered by Kennedy upon a fundamental part of Quincey's body.  Judge Horace Russell and a jury, in the Superior Court, are now endeavouring to determine whether or not Mr. Kennedy projected his foot so that it hit Mr. Kennedy with violence, and had an intention to do him harm by the impact, and also whether Mr. Quincey shall be consoled with monetary damages for the indignity and alleged bodily harm done by him.  In the suit on trial Mr. Quincey seeks $5000 damages, averring in his complaint that Mr. Kennedy's kick made him lame and ill, and that he has not yet recovered his previous good health.

Mr. Kennedy admits in his answer that he kicked Mr. Quincey, but pleads that he only gave him a little kick, which was just calculated to reprove him for his alleged insolence to the kicker in the kicker's office, and which was not delivered with force enough to hurt him.  The character of the defense is best shown by the following averment made by Mr. Kennedy:  "In consequence of Mr. Quincey's insulting and disorderly conduct, and because of the great provocation induced by his insults and abuse, I did give him a single kick, but I deny that I violently assaulted him except by the single kick, which was neither violent nor severe."  He denies that Mr. Quincey was, or could have been, ill or injured in anyway by the kick.  The trial of the case is still on.  Mssrs Martin & Smith for the plaintiff, and Mr. John M. Scribner for the defendant.
Posted by John Langlois at 6:00 AM