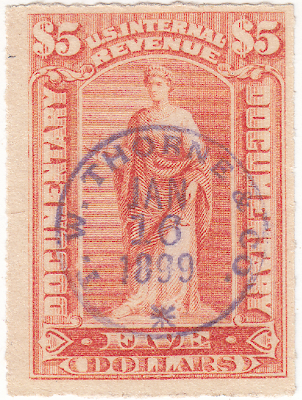 
BROKER THORNE IN RUNAWAY.
He and His Brother Have Narrow Escape--Coachman May Die.
Special to The New York Times.
NEW ROCHELLE,  Dec. 23.--Thomas W. Thorne, the broker, and his brother, Newberry Thorne, the yachtsman, were thrown from a carriage in a runaway accident here this afternoon and barely escaped death.  The coachman, Michael Cudahy, who clung to the reins in an effort to save his employer, was thrown against a stone wall and is dying of a fractured skull in the New Rochelle Hospital.
Cudahy has been in the employ of the Thorne family for thirty years, and said to be the richest coachman along the sound.  He owns half a dozen houses in New Rochelle, and is a stockholder in several corporations.  The Thorne family had so much confidence in him that they would never permit anyone else to drive for them.  If Cudahy was off duty they would leave the horses in the stable and walk to the railroad station.
The runaway occurred this afternoon as they were leaving their country place at Davenport Neck.  Cudahy was just drawing out of the stable when one of the large doors, blown by the wind, struck the rear wheels of the wagon.  This caused the horses to take fright, and as they were running away, Thorne and his brother jumped.  They escaped with a few bruises.  The coachman held onto the reins until the carriage struck the stone gateway and was wrecked.  His head struck the wall, and received a fracture on the right side of the head.  He was removed to the hospital, where an operation was performed as soon as possible, but he had not gained consciousness at a later hour tonight.
Posted by John Langlois at 6:00 AM