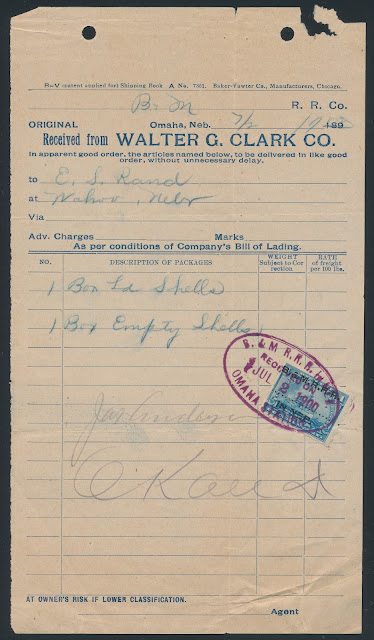 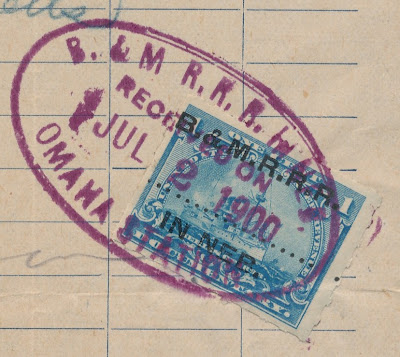 Cancels:
Printed:
B. & M. R. R. R.
IN NEB.
Handstamped:
B. & M. R. R. R. In Neb.
Received on
JUL   2   1900
OMAHA STATION
The bill of lading was printed specifically for the firm of Walter G. Clark Company of Omaha, which meant the firm had repeated need for these bills and must have conducted a large share of its business via rail.  The firm traded in sporting goods, and did business in fire arms and ammunition.  The specific purpose of this bill was to document the shipment of "1 box Ld shells" and 1 Box empty shells".  What were the shells?  Ammunition of some sort perhaps, or something far more benign?  A little searching came up with this great shot of a an old Walter G. Clark baseball bat, confirming the firm's broader trade in sporting products, including their manufacture. 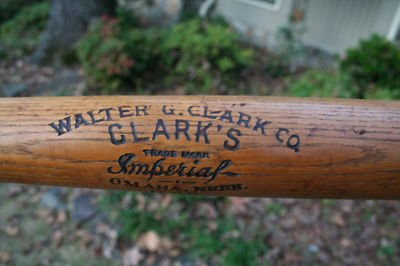 The bat is currently on sale at this webite.
Posted by John Langlois at 6:00 AM