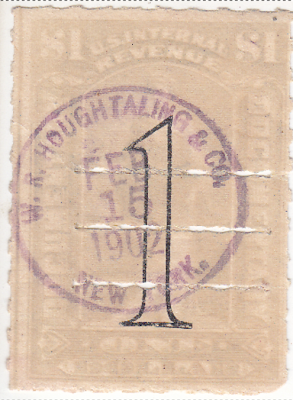 Nassau Street is in New York's financial district and intersects with Wall Street.  Nassau Street was also one of philately's most famous addresses, as numerous stamp dealers, many catering to wealthy of New York, were located on Nassau Street.

I am interested in acquiring copies or scans of Mekeel's from the early 1900s to identify the addresses of stamp dealers located on Nassau Street.  With an old city map, the locations of brokers and many of the leading stamp dealers of the day can be plotted.  Stay tuned!
Posted by John Langlois at 6:00 AM