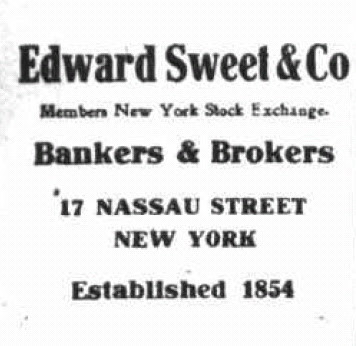 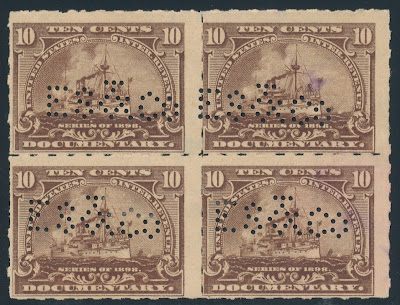 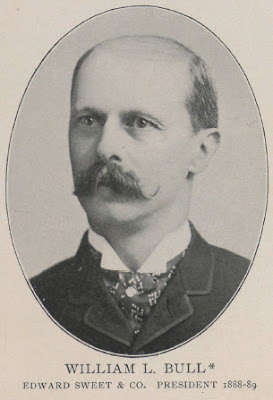 William Bull was the senior partner for many years at the venerable firm of Edward Sweet & Company, including the years of the 1898 war taxes.  He was also the President of New York Stock Exchange from 1888-1889.
From The New York Times, December 5, 1914:
BROKERS' FIRM TO DISSOLVE
Edward Sweet & Co., Founded in 1854, Will Transfer Accounts.
The Stock Exchange firm of Edward Sweet & Co., one of the oldest houses in the Street, will transfer its affairs to Chandler Bros. & Co. of New York and Philadelphia on Thursday and formally dissolve.  The firm's offices at 34 Pine Street will be occupied after that date by Chandler Bros. & Co., whose New York office is now at 111 Broadway....
The house of Edward Sweet & Co. was founded in 1854 and retained its name without change. although numerous alterations in the personnel of the partners occurred.  many well-known figures in Wall Street affairs did business in securities through the firm, including a number of the Vanderbilt family.  H. H. Rogers and other men interested in Standard Oil had accounts with Sweet & Co., and E. H. Harriman was a customer for some time.  The late William L. Bull, the senior partner at the time of his death last January, served as President of the Stock Exchange in 1888 and 1889.
Posted by John Langlois at 6:00 AM