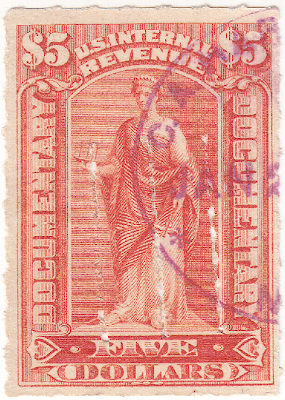 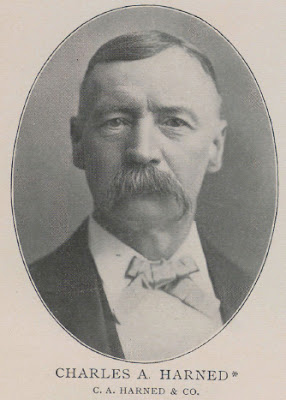 Mr. Harned would be dead shortly after this stamp was cancelled.  From The New York Times of March 30, 1899:
Charles A. Harned.
Charles A. Harned of the Stock Exchange firm of C. A. Harned & Co. died on Tuesday on the Florida Limited, at Washington, while on his way home from Florida.  He had suffered from diabetes for several years.  His body was brought to 797 Madison Avenue, this city.
Mr. Harned was born in Albany in 1840.  His father was a shipbuilder there.  After receiving a public shool education he was for some time a railroad agent in the service of the New York Central.  Afterward until the war, when he was, because of his loyalty, driven North, he was agent for several railroads at Savannah.  Coming to New York he was engaged as receiving and mercantile clerk in a Washington Street butter and cheese commission house.  In 1863 he drifted in Wall Street and became and outside broker.  He prospered, and in 1871 was able to buy a seat in the Stock Exchange.  He for sometime did business alone, afterward becoming a member of the firm of Savin & Harned, formed with F. W. Savin.  This was dissolved in 1882 and the present firm was formed with F. J. A. Phillipp, who in 1890 was succeeded by Frederick Currie.
Mr. Harned died a Republican, but was a staunch Democrat until the free silver heresy culminated in the candidacy of William J. Bryan. He was a member of the New York Athletic Club and past master of Ivanhoe Lodge, No. 610, F. & A. M.  He is survived by his widow and five daughters and a son.
*****
Dave Thompson sent an email reminder to me today (Tuesday Dec 6) that he had sent nearly a month ago the scan below of an additional C. A. Harned cancel type: 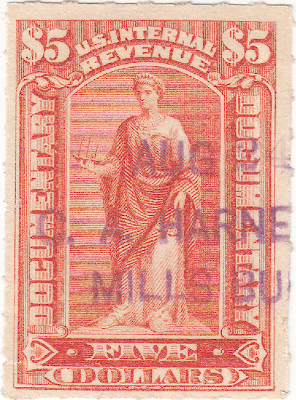 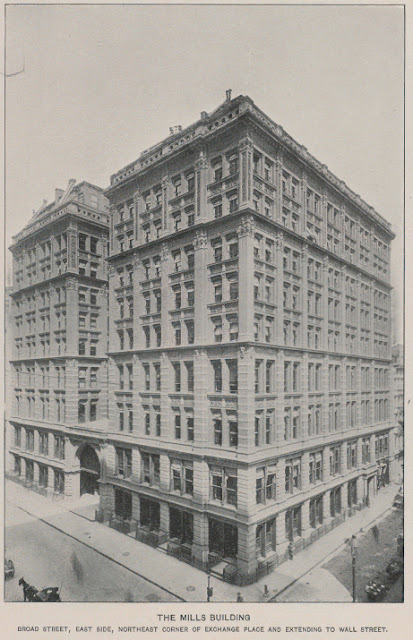 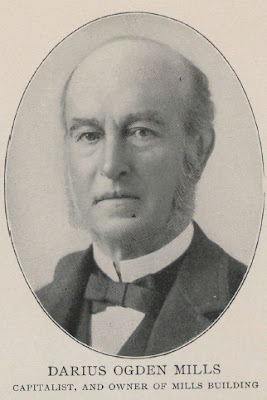 Mills made a fortune in California and was the owner of the Virginia and Truckee Railroad during the mining of the Comstock Lode in Nevada.  He became a major philanthropist and developer of real estate in New York. 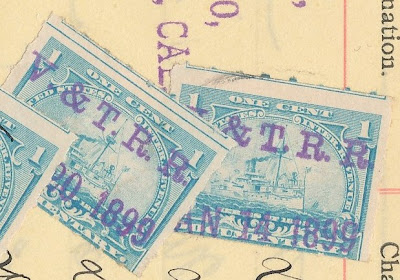