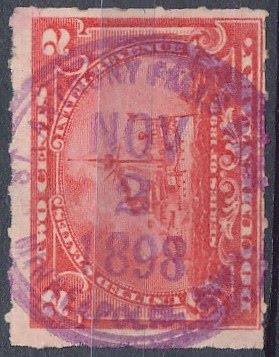 The stamp was likely used on a bank check. St. Anthony Falls Bank was taken over by the First National Bank of Minneapolis in 1922, which in turn would be taken over by a bank holding company that also controlled the First National Bank of St. Paul. That holding company would be called First Bank System, which later would change its name to U.S. Bancorp, which exists as a major national bank today. 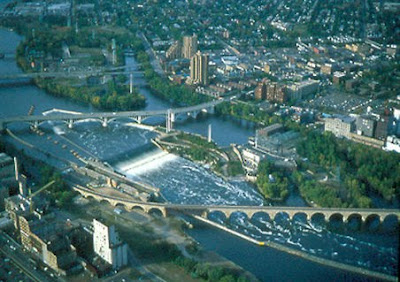 Notes on St. Anthony Falls: Above is an aerial view of what St. Anthony Falls currently looks like. The natural falls are long gone and there is now a man-made structure in place. St. Anthony was once an independent town but joined Minneapolis in 1872.

The site is more recently famous for the St. Anthony Falls Bridge which was built to replace the I-35W bridge that collapsed during rush hour on August 1, 2007.