William L. Stow first appeared here at 1898 Revenues in 2012.  Here today is a Stow memo from the Eames and Moore pile I wrote about a few days ago for the sale of shares in what appears to be the Texas Pacific Railroad. 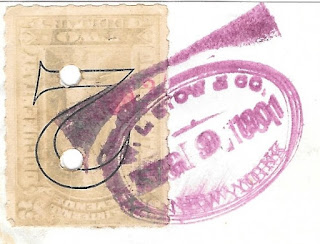 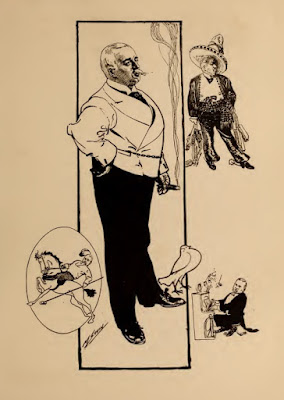 William L. Stow from The Stock Exchange in Caricature, 1904 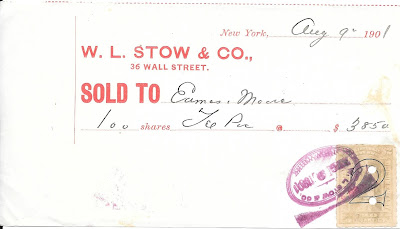 Stow was wealthy enough to build an enormous Long Island mansion, called Stowe's mansion in his time, but which would be renamed Spring Hill by Henry Carnegie Phipps after he purchased the property in 1906.  The architect John Russell Pope designed the house and completed it in 1903 for Mr. Stowe.  I'm not sure what happened that Stowe could only hang on to it for three years. 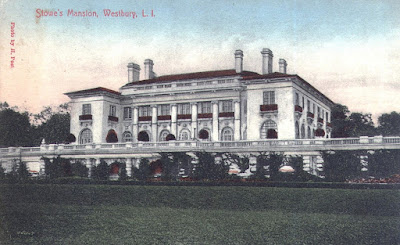 Posted by John Langlois at 5:00 PM