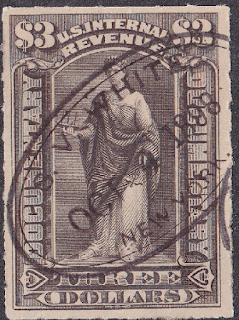 S. V.  WHITE
OCT  4  1898
NEW YORK.
Thompson scan
Yet another participant in the volume The Stock Exchange in Caricature is featured today:  Stephen V. White.  Stephen White was born in North Carolina to a Quaker family.  Quakers were anti-slavery, and after the Nat Turner rebellion the family moved to Illinois.  He studied law in St. Louis, but eventually moved to New York to become a banker, organizing his firm S. V. White & Co is 1882.  He lost everything in a failure of his firm in 1891 but managed to pay a million dollars back to creditors and rebuild his fortune in a short period of time.  He was elected to congress from New York for one term and was a serious astronomer.
The quatrain from The Stock Exchange in Caricature summarizes White's business acumen and passion for astronomy:

And the caricaturist does the same: 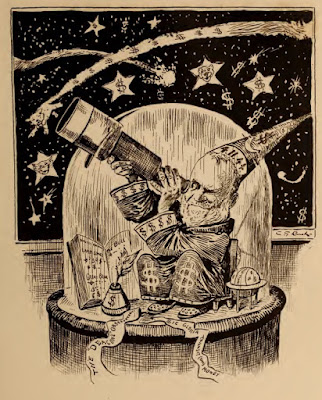 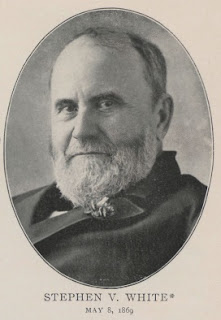