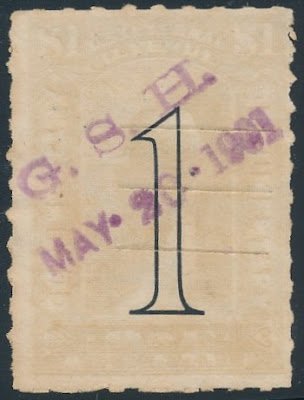 From New York University:  Its History, Influence, Equipment and Characteristics, 1902:

Son of Peter and Sarah A. Hendrickson and a grandson of Skidmore Hendrickson, and was born at what is now Floral Park, Long Island, New York, on July 1, 1856. He studied in the district school, and in the Union Hall Academy at Jamaica, New York, and then entered New York University, where he was a Junior orator and a member of Zeta Psi. In 1875 he was graduated with the degrees of Bachelor of Science and Civil Engineer, and thereafter gave his attention to financial pursuits in Wall Street, From 1875 to 1878
he was a broker's clerk. Since May 31, 1878, he has been a member of the New York Stock Exchange and a broker at the head of a business of his own. He was married on October 17, 1878, to Elizabeth Frost, and has had two children: Clifford Valentine, who died in childhood, and Charles Le Roy
Hendrickson.  His home is at No. 197 St. John's Place, Brooklyn, New York.
Posted by John Langlois at 6:00 AM