Augustus Heinze' United Copper Company and the Panic of 1907 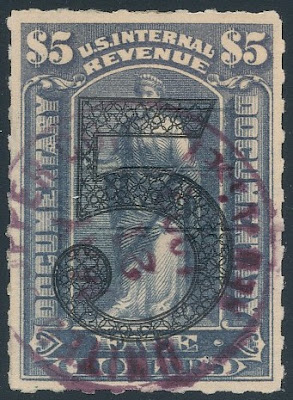 Augustus Heinze was a "copper king" in Butte, Montana, who arrived a bit late to the scene in 1889 but still managed to build a major mining enterprise and compete with the established "kings".  After years of building his companies and mines, he left Butte for the east coast to dabble with the fortune and companies he had created.

In 1907, Heinze moved to New York.  United Copper was based at 42 Broadway, just around the corner from Wall Street.  Heinze entered the banking business, forming a close alliance with Charles W. Morse.  With Morse, he served on the boards of several national banks, state banks, trust companies and insurance companies. 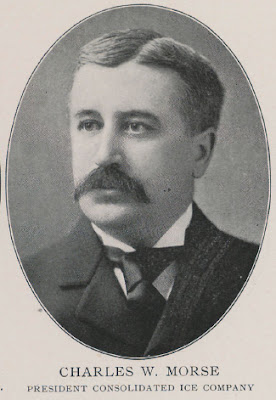 Across the corridor from Heinze and Morse were his brothers, Otto and Arthur P Heinze, who had a brokerage firm. With the experienced Morse, Otto conceived an ill-fated attempt to corner United Mining stock in October 1907.  Otto, however decided to go forward with the cornering attempt without the capital that Morse thought was necessary to insure success.  The result was that the corner dramatically failed, and its failure was the critical catalyst in a major US financial system collapse.

Scene in front of the New York Stock Exchange in October 1907 during the financial panic.

Otto Heinze had miscalculated.  He overestimated how much United Copper that Augustus and the family controlled. When he required short sellers to buy back stock, there was more than enough United Copper stock available in the open market for the "shorts" to cover their short sales.   When the collective market realized that Otto's maneuver had failed, the price of United Copper stock collapsed.  Then panic spread as people pulled money out of banks associated with Heinze, and then from trust companies associated with those banks.  Augustus Heinze had supported his brother's cornering attemp.  Augustus' deep commitments across the financial system led to great personal losses. He would be barred from further involvement in financial institutions.

The Panic of 1907 was one of the most significant financial crises in American history.  Contributing factors included the costs of the 1906 San Francisco earthquake, yet it was the actions of the Heinze brothers that had caused much of the panic.  J. Pierpont Morgan, the premier financier of the day, was able to stabilize the financial markets through his own manipulation.  However, the US Government was not to leave the markets open to the solutions of private capital much longer.  The 1907 crash directly lead to the formation of the US Federal Reserve System in 1913.