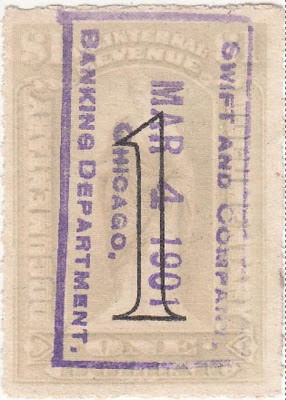 SWIFT AND COMPANY
MARCH  4  1901
CHICAGO.
BANKING DEPARTMENT.
Dave Thompson scan
The Swift meat-packing company revolutionized the meat business.  Gustavus Swift developed refrigerated rail cars, and processes for fully utilizing the by-products of dressed meat production.  Upon Gustavus Swift's death in 1903, his firm was valued at more than $125 million.  Clearly, the business was large enough to have a "banking department".  I don't know what this department did but would like to know.  If a reader can provide any information, please write to 1898revenues@gmail.com 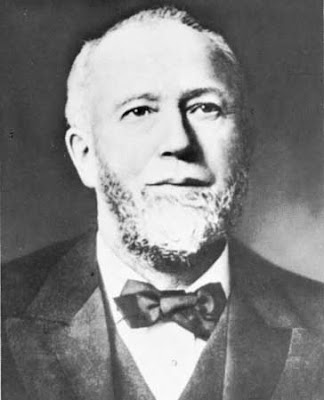 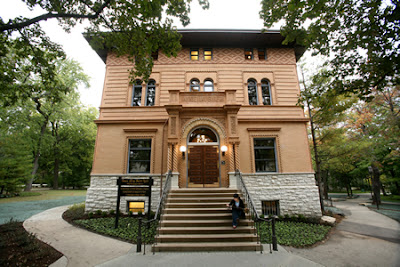 Annie May Swift Hall at Northwestern University
Home of WNUR 89.3 FM
During my years at Northwestern I never associated Swift meats with Annie May Swift Hall.  My research for this site and this stamp made this association for me.  Soon after I left Northwestern I joined the Peace Corps, and spent two years in Liberia helping to run a radio station near the Guinea border in the town of Voinjama.  Many years later I am still in Africa, though now far across the continent in Kenya.  So Mr. Swift's  donation to Northwestern was in part responsible for where I live today.  Thank you Mr. Swift.
Posted by John Langlois at 6:00 AM