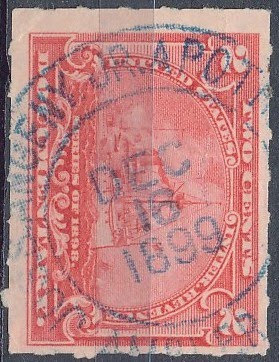 In an 1896 edition of the newspaper the Ambler Gazette there are several mentions of the J.S. Angeny pharmacy selling various patent medicines of the era including Chamberlain's cough medicine and H. E. Bucklin's New Life Pills, companies that used large quantities of battleship proprietaries and used printed cancellations. 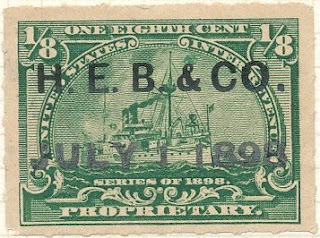 And the company spent widely in the United States to advertise these products, which might explain the mention in Joseph Angeny's advertising in the Ambler Gazette.  Much more on Bucklin and his products will come later when company's printed cancels are examined in greater detail on this site.
Posted by John Langlois at 1:00 AM