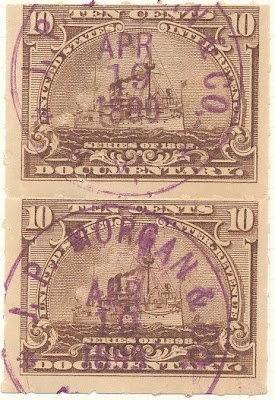 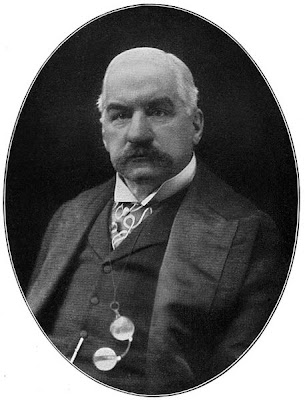 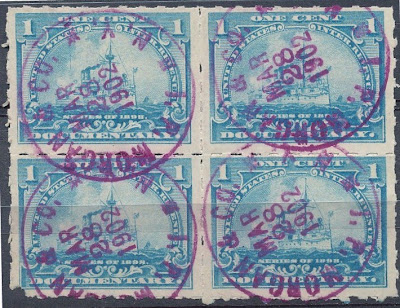 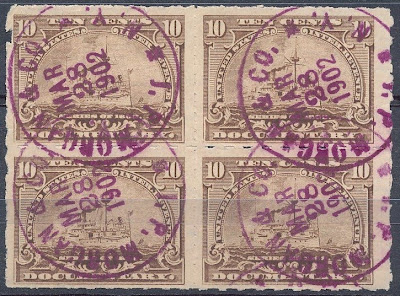 J.P. MORGAN & CO.
MAR
28
1902
N.Y.
***
J. Pierpoint Morgan was the man who made late 19th and early 20th century finance. He essentially created both General Electric and US Steel through mergers he made happen. He was also heavily involved in railroads, and conducted major business deals with many of the great businessmen of the day including Edison, James J. Hill, and Carnegie.
***
The 1 and 10 cent blocks above came from the same document. J.P. Morgan and Co. would have used large numbers of documentary revenue stamps, especially high value revenues, in its stock and financial transactions.
Posted by John Langlois at 1:00 AM