The Florida Central and Peninsular Railroad was a system of railroads that ran throughout Florida. The system's route map in 1882 is shown below. 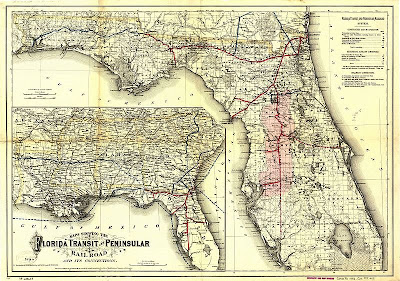 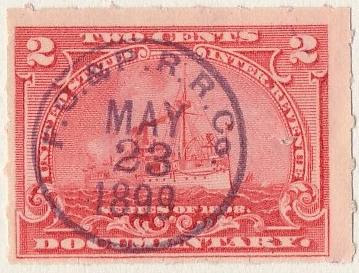 Rouletted 2 cent documentary handstamp cancelled by Florida Central and Peninsular on May 23, 1899, only 13 months before the Seabord Air Line Railroad leased and eventually absorbed the FC&P Railroad.

The Georgia and Alabama Railway, a cancel of which was highlighted in the previous post, was also absorbed by the Seaboard Air Line Railroad in 1900.
Posted by John Langlois at 4:46 PM