Like the companies that used proprietary stamps, and the railroads that used high volume amounts of the same value of documentary stamp, American Express, the largest express company of its day, ordered printed cancellations for the one cent documentary. Printed cancellations helped save time establishing a valid cancel for each transaction, but they also served a branding function for the company.

American Express used two main styles of printed cancel, one with serif lettering and one without. They also used a partial type of year dating for printed cancels during the last two years of the 19th century by leaving the last digit of the year incomplete. Thus 189x would be completed with an 8 or a 9 by hand. Or at least it was supposed to be. Often the 189x would be left that way. 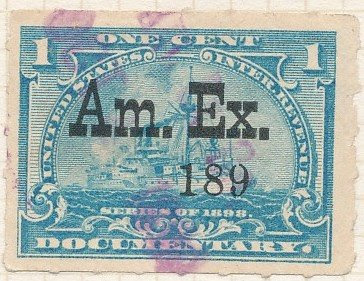 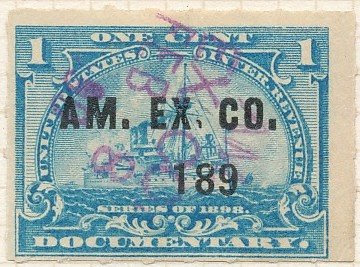 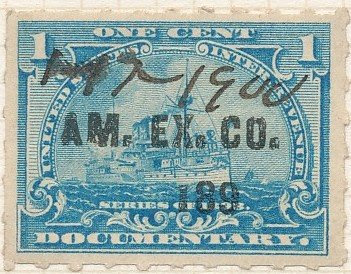 Hyphen hole 189x sans serif with 1900 manuscript cancel. The use of hyphen perforations began sometime in December 1899. My collection has no hyphen hole stamps cancelled in November 1899, though there are several canceled in December. The stamp above was probably cancelled with a printed cancel in 1899. An Amex office was using up this old supply when they used a manuscript cancel on January 12, 1900. 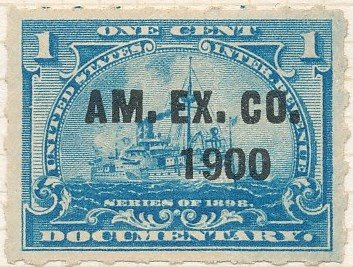 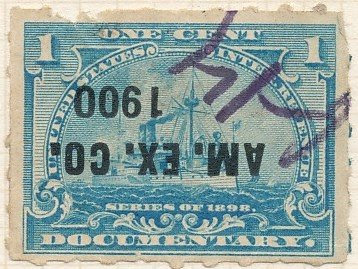 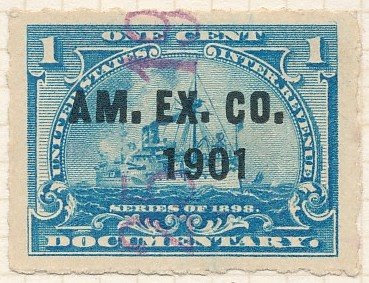 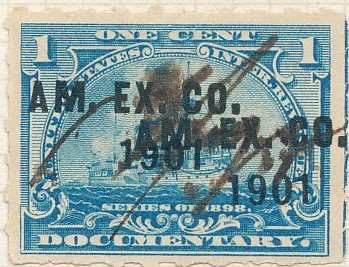