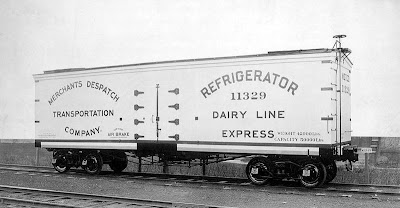 Merchants Despatch was originally created by the American Express Company (AMEX printed cancels are highlighted on this blog) in the 1850s when AMEX was primarily a freight forwarding company. The company built and controlled a fleet of railroad freight cars. The company was eventually reformed and its ownership was divided between 3 Vanderbilt railroads including the New York Central. MDT would produce thousands of cars and refrigerated cars over its life. 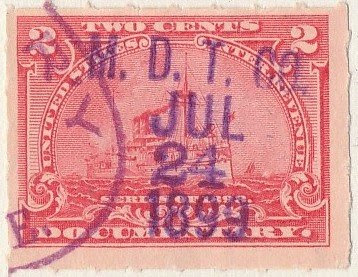