According the tax act of 1898 requiring this series of revenue stamps, specific uses for the 25 cent stamp included: 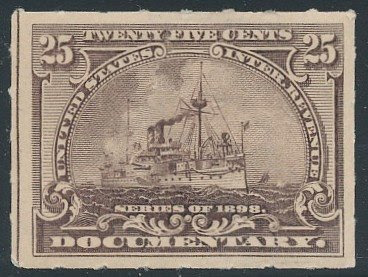 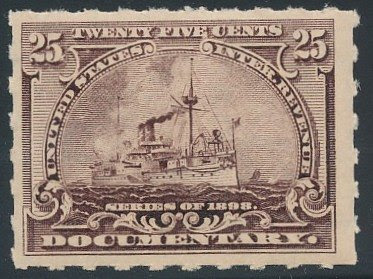 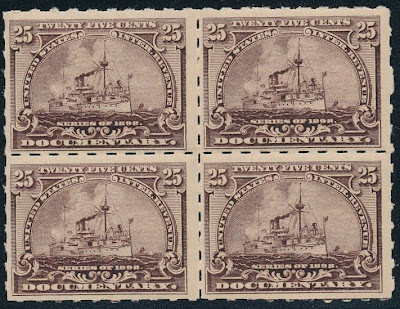 25 cent documentary hyphen hole block of 4.
=======
Note on quantities issued:
The 25 cent documentary is a fairly common stamp in used condition. According to West/Perry, the total number issued was nearly 30 million, including roulette and hyphen hole versions of the stamp.
Posted by John Langlois at 1:00 AM