The 50 cent battleship documentary stamp debuted with the series at the beginning of the 1898 tax period. According to the tax act of 1898, specific activities taxed at the rate of 50 cents included: 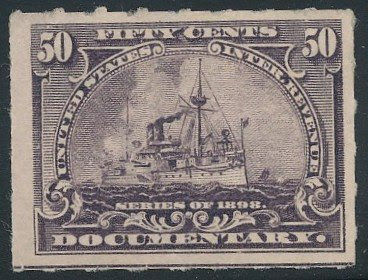 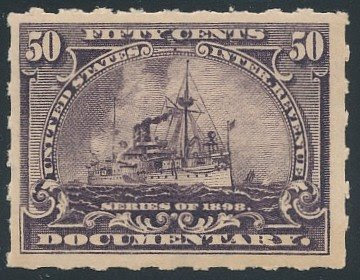 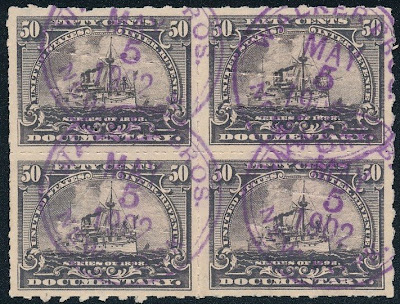