The Indiana, Illinois & Iowa Railroad was part of the New York Central's western division and would become totally absorbed by the NYC in a few years after the cancel of the stamp below.  The II&I ran through territory experiencing rapid economic growth and would profit from freight and passenger traffic in the region. 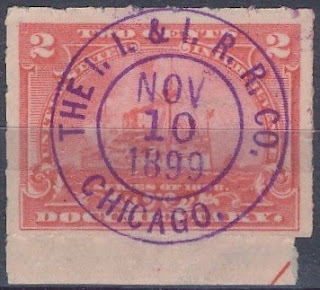 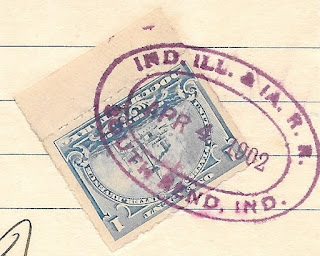 IND.  ILL.  &  IA. R. R.
APR  4  1902
SOUTH BEND, IND.
The 2 cent documentary above almost certainly was removed from a check.  The cancel immediately above comes from the bill of lading below from the Studebaker Company which would become one of the United States most significant car makers in the early 20th century.  The BOL appears to be a document to send Studebaker vehicles to Roswell, New Mexico, the home of Area 51.  At the time, Studebaker's vehicle product was an electric car. 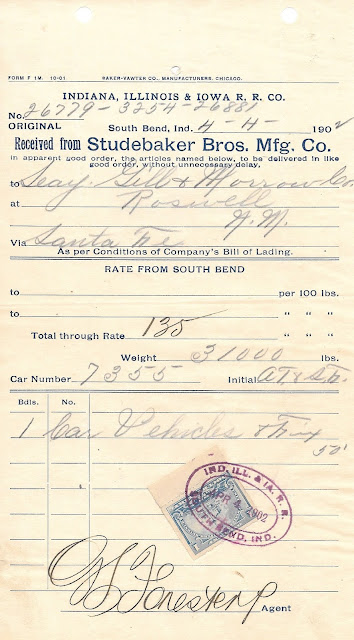 Studebaker had been a coach and wagon builder in the 1800s.  But in 1902 they began to make electric cars, making it possible that this BOL for 31,000 lbs of freight (only 1c tax for 31,000 lbs?) could be for electric cars.  Most of the carriage for the trip to New Mexico was completed by the Atcheson, Topeka & Santa Fe. 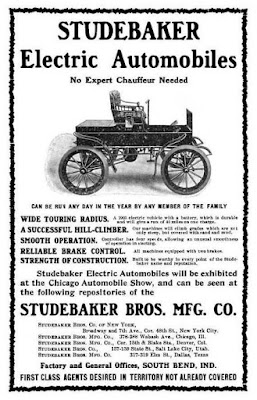 The association here between Roswell and Area 51, space aliens, electric cars from 120 years ago, Tesla, Elon Musk, and Space X would have made a great April Fools post.  No such creativity this year!
Meanwhile, these cancels would be great additions to the work started by Tolman and continued by Bob Mustacich on his site to inventory RR cancels on battleships.
Posted by John Langlois at 3:00 PM