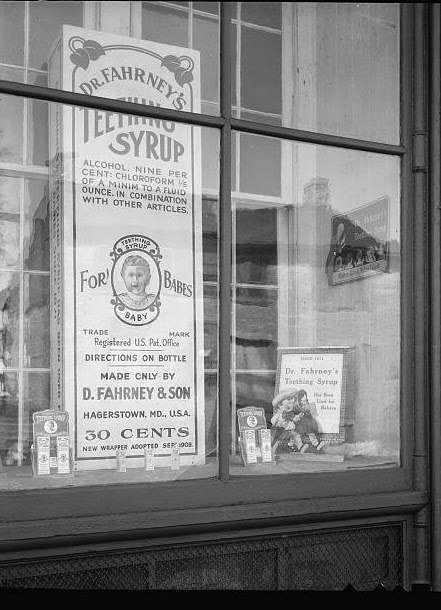 
Dr. Fahrney, like Mrs. Winslow, liked to make medicine from morphine.  One of the pusher's, excuse me, Doctor's, favorite active ingredients was morphine.  And the company put it in products like Dr. Fahrney's teething syrup.  Nothing like a 2 year old junkie.  The 1898 tax period became a peak period for these companies, just before the crash induced by the progressive era and pure food and drug laws. 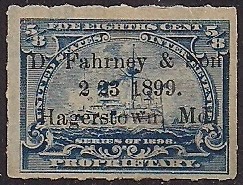 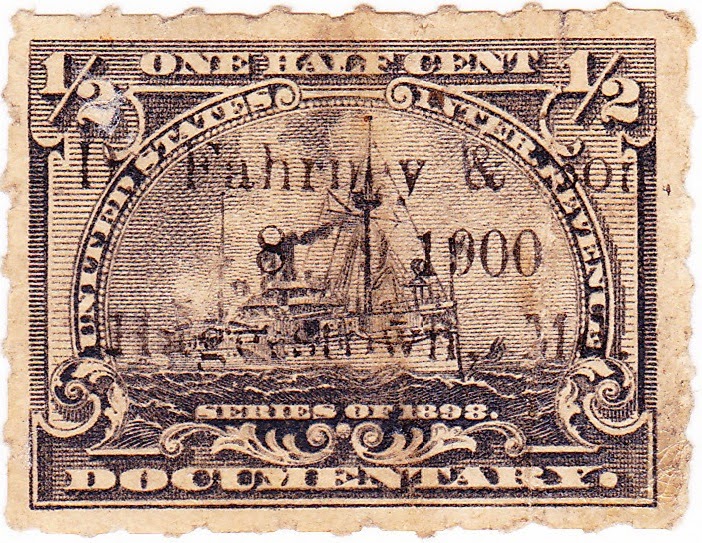 Why did Dr. Fahrney produce printed cancels on 1/2c documentaries?  One theory is that they might have been used on combination with 1/8c proprietary stamps to produce a 5/8 cent total.  Whatever the case, we now have another documentary printed cancel, and one that joins the series that includes stamps canceled by proprietary medicine companies.

In the coming day, there will be a post on Charles E. Cornell, who also used printed cancels on 5/8 cent stamps, and appears to have done the same on 1/2 cent documentaries.

Thanks to Frank and Ron for sending these scans several years ago.  I finally pulled them out of the warehouse after matching the C.E.C. proprietary and documentary cancels for Charles Cornell, and I figure we might have a pattern of some kind.