The Frisco operated from 1876 to 1980 in the midwest and south central United States. Despite its name, The St. Louis and San Francisco Railroad, the road never actually reached or got close to San Francisco.

In 1980 the Burlington Northern RR acquired the Frisco.

Below is a stamp cancelled by the Frisco in 1899. 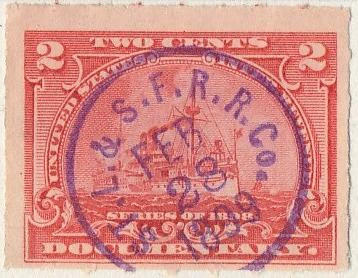 Compare the route map for the Frisco below with current lines on the BNSF map. The old Frisco routes are a key part of the BNSF's system in the middle of the United States. 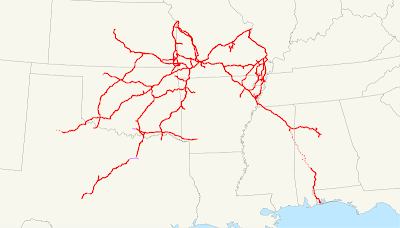