The BNSF is one of the largest railway systems in the United States today. It is made up of many former independent railways, many of which were viable and some of the greatest business in the United States during the Spanish American War tax period. This entry and coming entries will explore some of these independent railway components that would one day make up the BNSF. 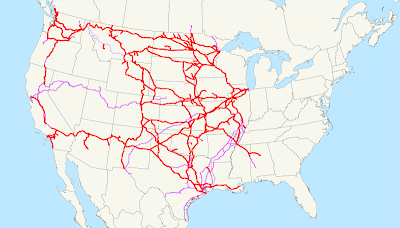 This is the current BNSF route map. Many of the redlines on this map represent components of the mainlines of the following railroads, some of which will be represented by cancels on 1898 series documentary stamps. 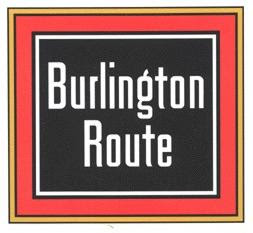 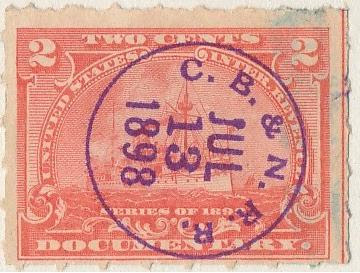 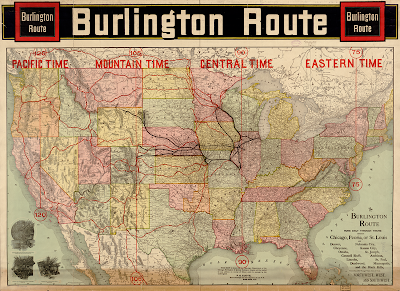 Compare elements of the routes on this route map of the CBQRR with the current BNSF route map. The map dates from 1892, after the absorption of the Burlington and Missouri River RR by the CBQRR. 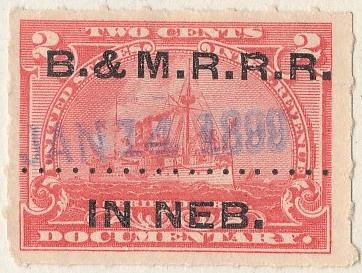 Above is a printed cancellation for the Burlington and Missouri River RR in Nebraska; below is a handstamp. In the 1870s the BMRRR was absorbed and taken over by the CBQRR though it continued to have a separate identity. 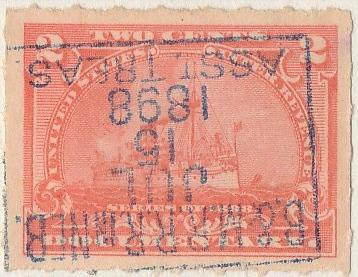 Below is a common printed cancellation for the CBQRR. 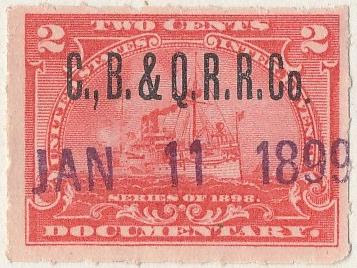 Posted by John Langlois at 6:12 PM