In addition to the stamps seen above that are found in my collection, David Thompson sent in a scan of the R170 pair below:

Several years ago I had an email discussion with Frank Sente regarding the status of these cancels and whether they were printed are not.  This post from 2010 includes some of that discussion, and the argument was made then that these cancels were printed.  The above pair of stamps does a fine job of presenting proof of their status as having been printed, which the orientation and the precision, placement and clarity of the cancels makes clear.  One hitch though is that the separation between the cancels is not proportional to the stamp dimensions.  The cancel on the right stamp above is centered to the left relative the the stamp on the right.

Below are larger versions of the stamps shown above.  I've included three copies of R170 in the stamps above because of color issues with the cancels.  There are two red and one black, and between the reds, there is a clear color difference. 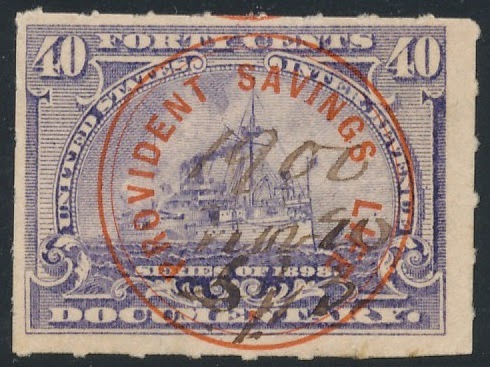 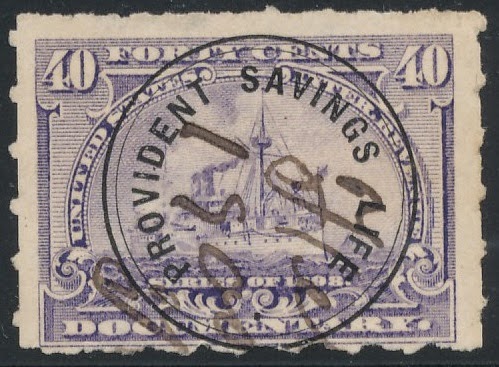 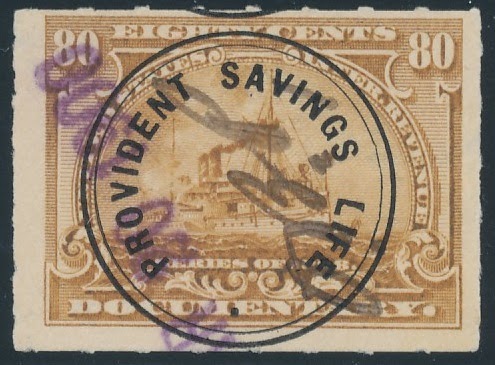 This stamp has been featured in the stamp montage at the top of this website for years. 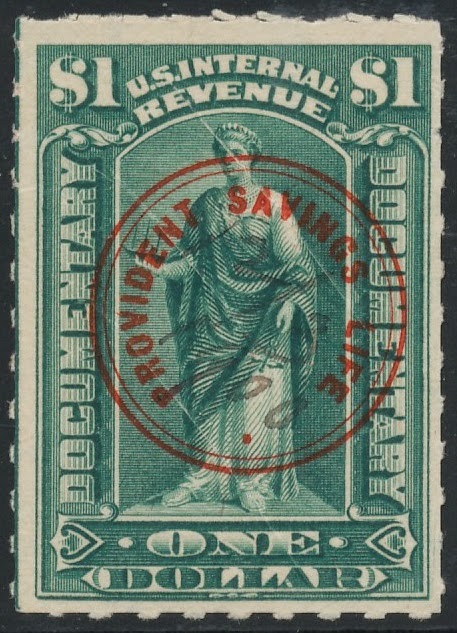 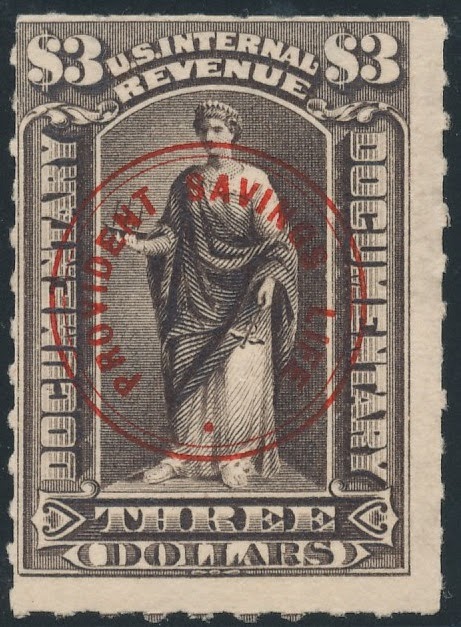 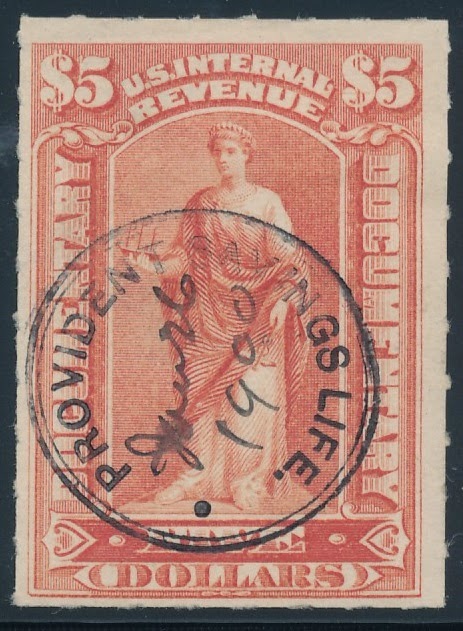 All of the examples of Provident Savings Life printed cancels that I have seen with a date have shown a 1900 year date.  Where are other years of the 1898 series?  Even if the firm did not begin printing cancels until 1900, shouldn't there be 1901 examples?  Or did they simply run out and chose to print no more, necessitating the production of the handstamp illustrated immediately above?

A question I have is why these cancels, now shown on many documentary values, are orphans?  By orphans I mean their apparent neglect by established collectors and catalogs.  Fullerton and others raised the status of the documentary railroad and express printed cancels; while the proprietary printed cancels have always had a special place in the revenue hobby.  Where have these stamps and their cancels been?  Have they just been ignored?  Does anyone know of an old philatelic article on the subject or a collector that may have had a small collection of these?

The small collection above began with the R170, and has been pieced together over several years through multiple purchases and one gift from Bob Hohertz.

I am always looking for new Provident cancels like these, on new stamp values or with new colors.  If you have examples, please write 1898revenues@gmail.com.

Posted by John Langlois at 3:30 AM